The LeMat revolver is the Original Gun of the shot shell revolver market niche. Jean LeMat earned the O.G. rating by predating the Taurus Judge and Smith & Wesson Governor by more than 100 years! To be completely fair and balanced this design was not identical to the Judge or Governor as it was a standard revolver with a secondary option of a 16 gauge shell. However, this design is the earliest model that we could find that integrated a shot shell into the handgun design.

It was produced in a few variations to the original design for different caliber rounds.

Cabela’s sells a reproduction model of this revolver at:
cabelas.com/pistols-lemat-revolver-3.shtml

If you know of others that sell it, please let us know so we can add their link. 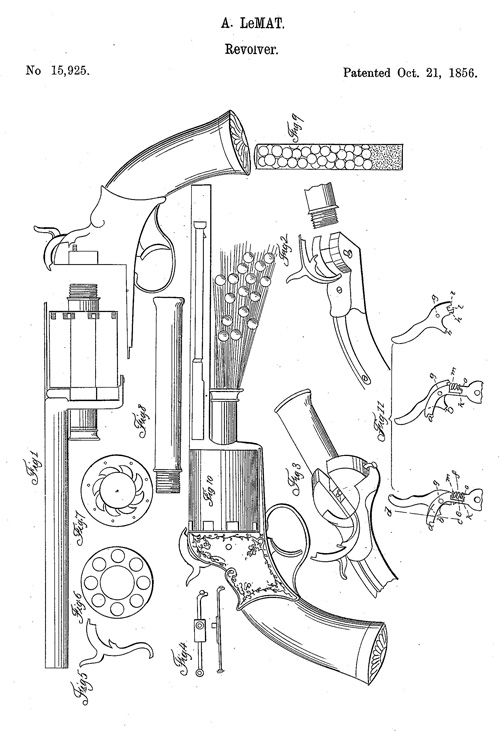 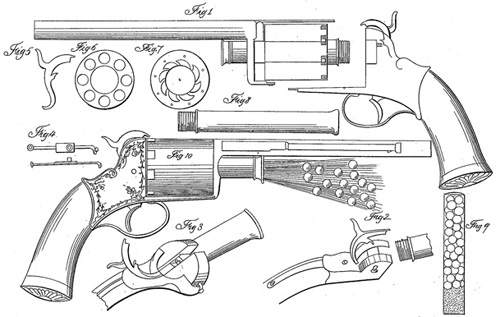