The Winchester Model 1894 or Model 94 Lever Action Rifle was a product of US Patent 524702, which was designed by the great John Browning.

The major advancement with this firearm was that it was the first repeating rifle to handle smokeless powder cartridges.  This made for a more reliable, dependable and quick rifle.  To this very day, the Model 94 is one of the most popular firearms in the world.  There are more than seven million Model 94 rifles out there. 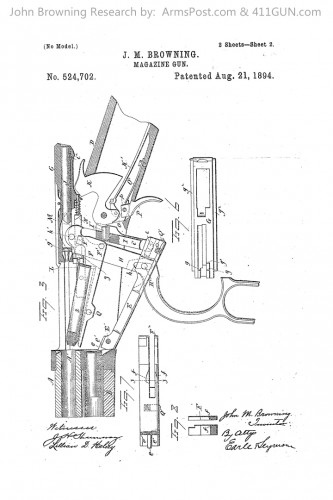