This design was for a .30 caliber pull apart repeating rifle that was purchased by Winchester. It was never manufactured. 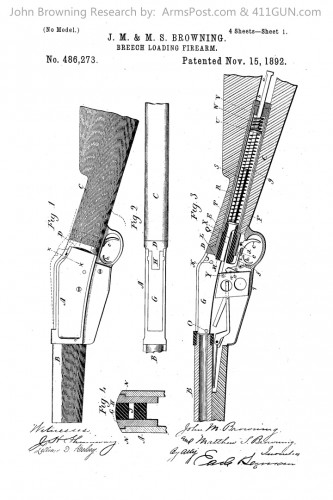 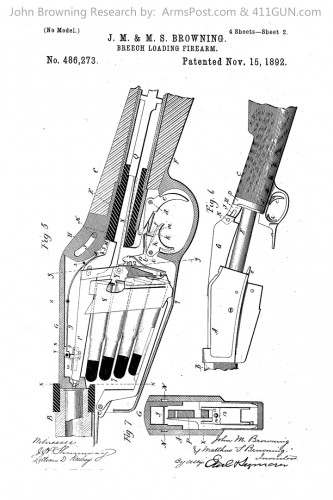 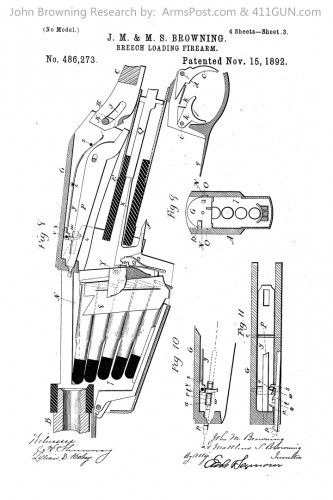 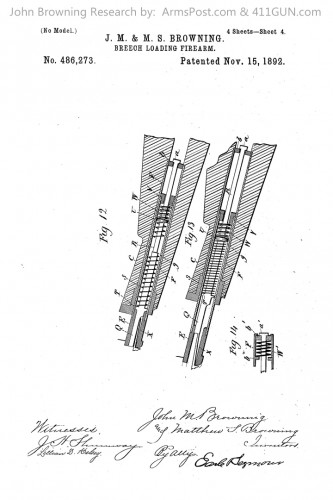