The patent was for an Automatic Magazine Gun.
This was part of a trio that were all approved on March 29th of 1892.

This patent design had a very unique look to it. It was quite a bit different than Browning’s other guns. There is very little information available on this particular patent, but it appears this was his design that harnessed the expanding gas from the end of the barrel and converted that energy into a mechanical cycling system 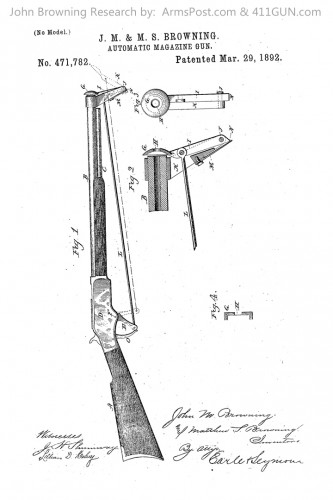