The Ruger LCP vs Taurus TCP vs Kel Tec P3AT size comparison image is rendered with the far left and very bottom of the pocket pistols lined up. This was done to try give you a more visual impression of the difference in height and length of the three .380 ACP options.

You will quickly see that not only do the LCP and P3AT have a very similar appearance, but their dimensions are nearly identical. The Taurus TCP is slightly larger than the Ruger and Kel-Tec models, but very slightly.

The three of these .380 ACP pocket pistols all include the benefit of being in the lower price bracket for their category.

The first image here compares the Ruger LCP and the Taurus TCP: 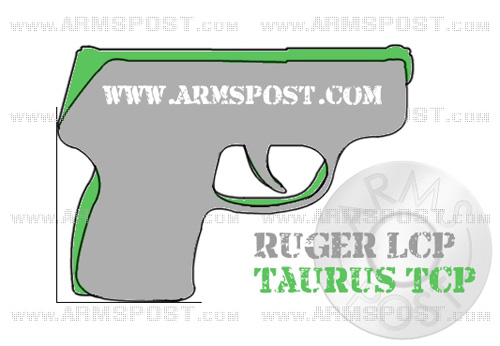 The next image compares the Ruger LCP with the nearly mirrored image Kel-Tec P3AT: 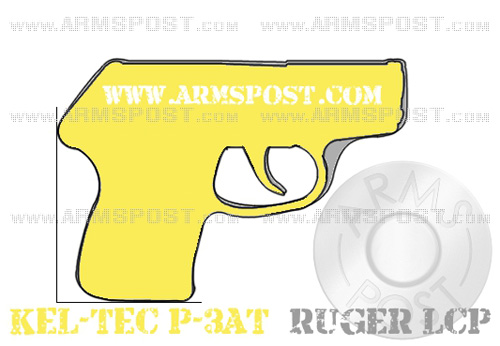 The final image here compares the Taurus TCP with the Kel-Tec P3AT: 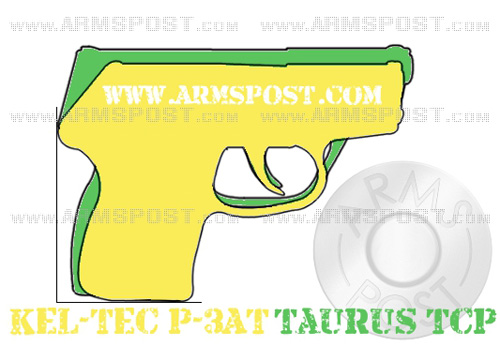