The Ruger LC9 vs Kel Tec PF9 9mm pistol size comparison images are rendered with the triggers aligned in one image and set against the x and y axis in the other.

If you are trying to decide between the Ruger LC9 and the Kel Tec PF9 this 9mm ccw size comparison might help. These two pistols are very similar in size with the LC9 being just slightly larger.

The specification with the largest discrepancy is the weight. The Kel-Tec PF9 weighs only 12.7 ounces, which is 4.4 ounces less than the Ruger LC9. To match the LC9’s weight the PF9 would have to increase its weight by over one third.

Hopefully you find our illustration showing the size comparison between the Ruger LC9 and Kel Tec PF9 beneficial. If you have purchased or used one of these guns please leave a review below and let us know what you do and/or do not like about it. Also, if there are any specific size comparisons you think we should create please use the contact us link to suggest which gun illustrations to make available.

If you want additional information on the Ruger LC9 or the Kel Tec PF9 you can visit their websites at:
ruger.com
keltecweapons.com 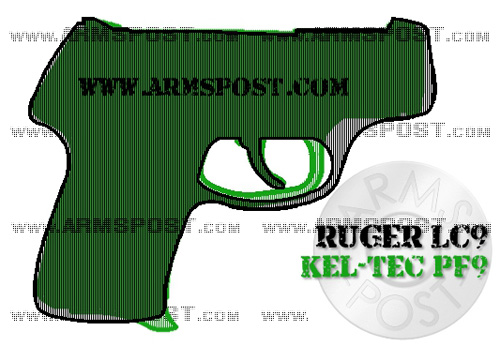 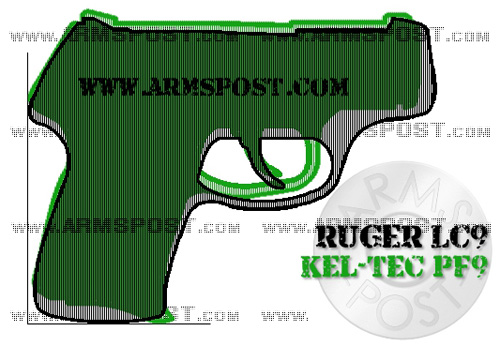